Love From Little Ones

When the UK's schools started shutting their doors, a Facebook group was created called "Believe in Rainbows". It initially was started so that children could have some form of connection with their friends. The children were asked to create rainbows and display them in a window of their house.

Personally, I believe this has become so much more than that. The group contains more that 95,000 members to date and the creation and sharing of rainbows has become a beacon of hope and a way of making people smile.

Children of staff members at The Limes have drawn rainbows for the residents in an effort to make their days a little brighter. These rainbows have brought a smile to the residents. 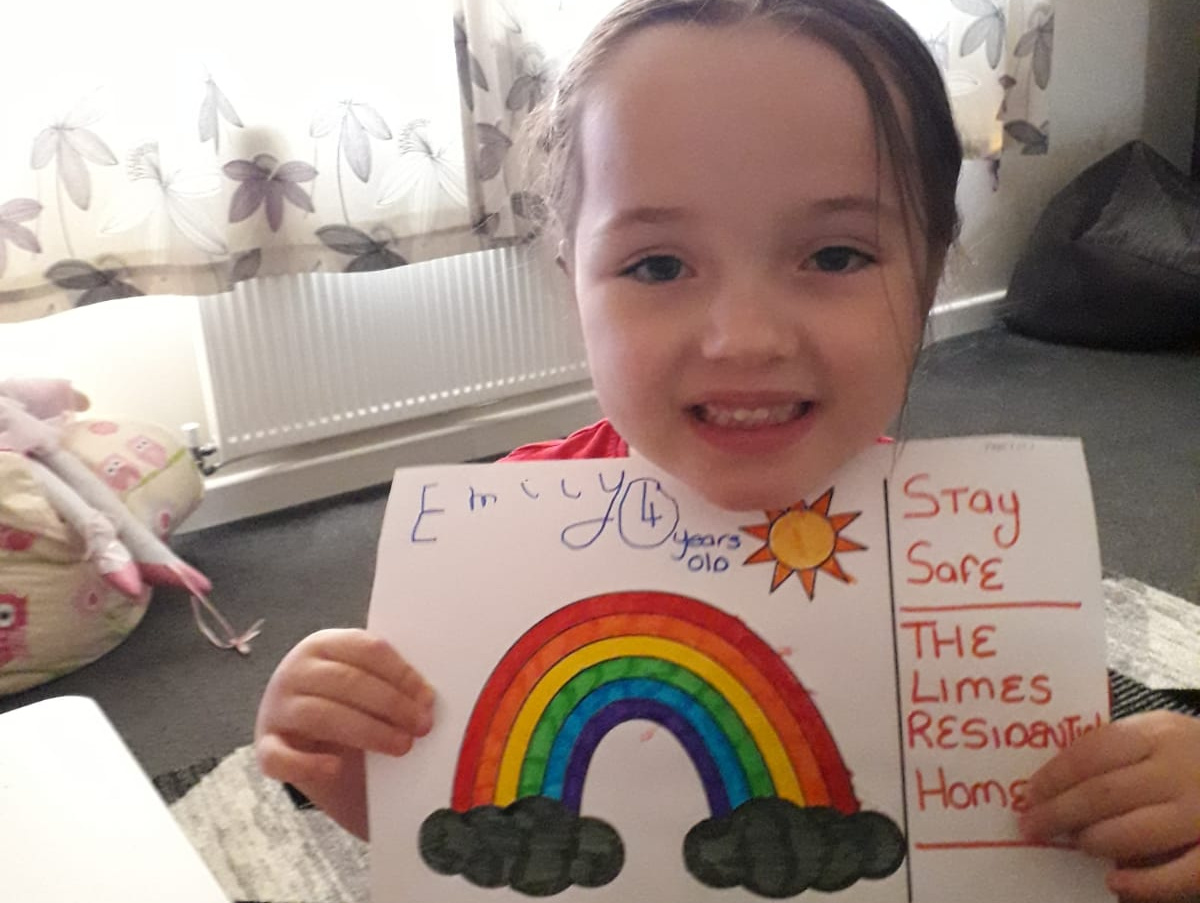 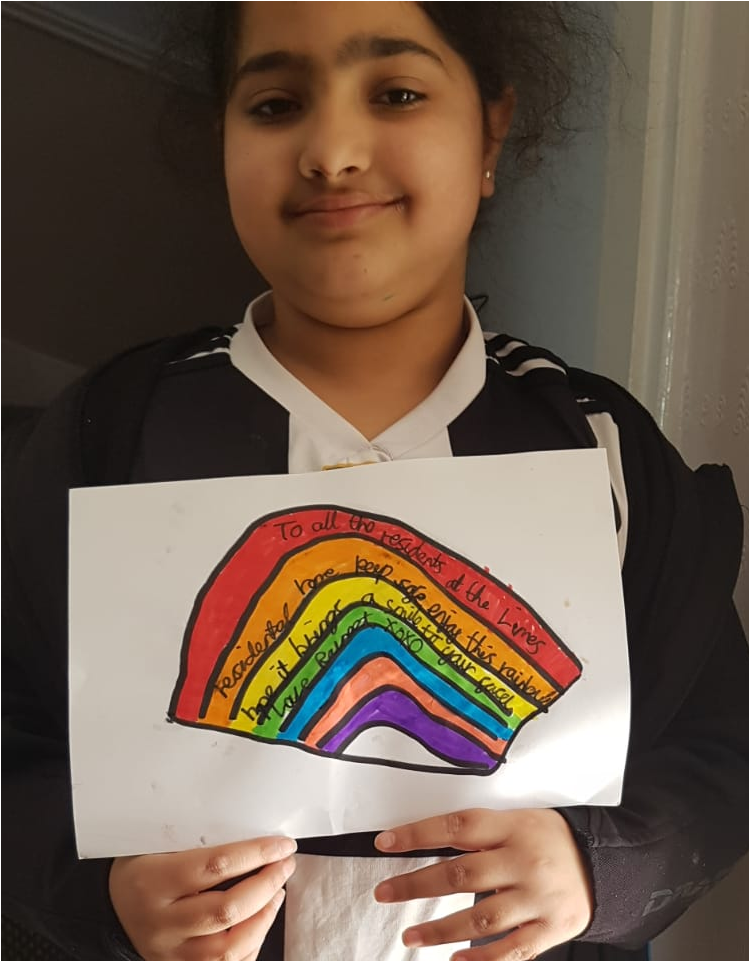 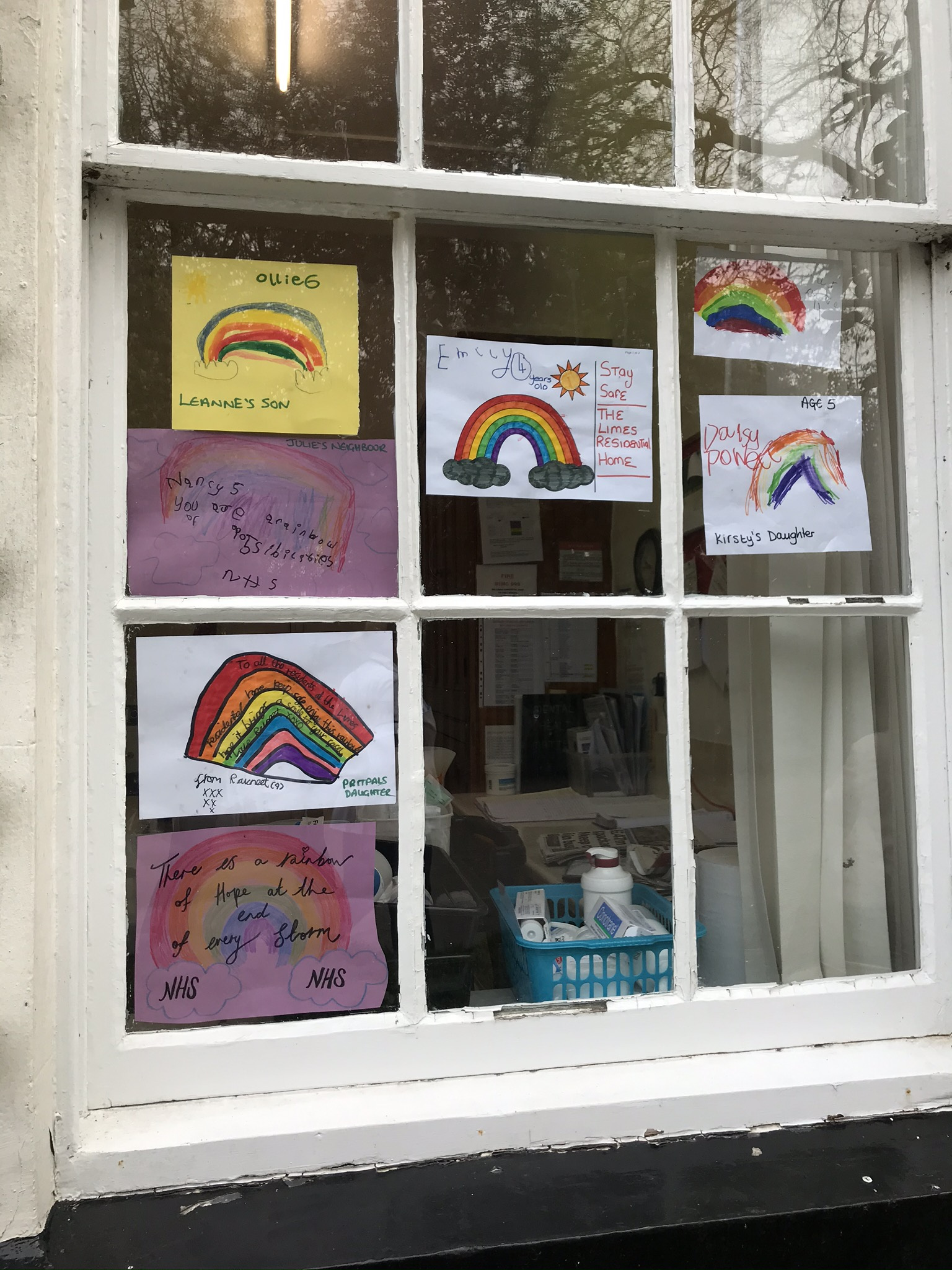 Lots Of Love From Little Ones! 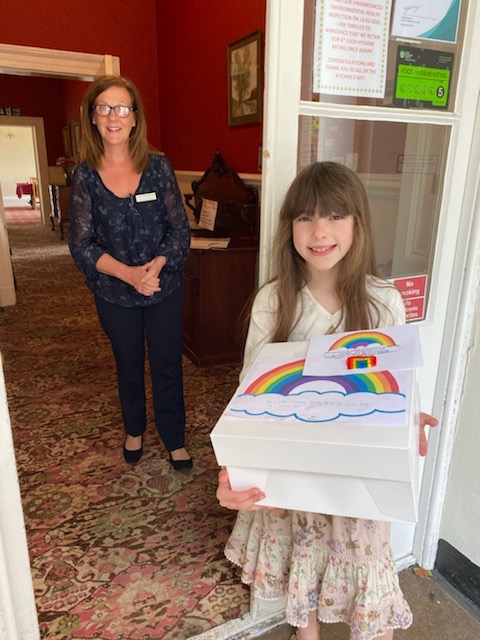 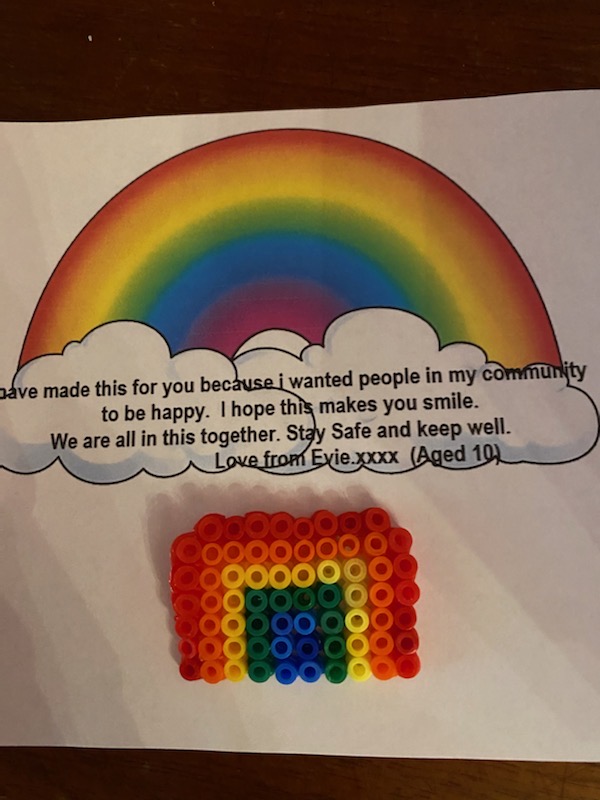 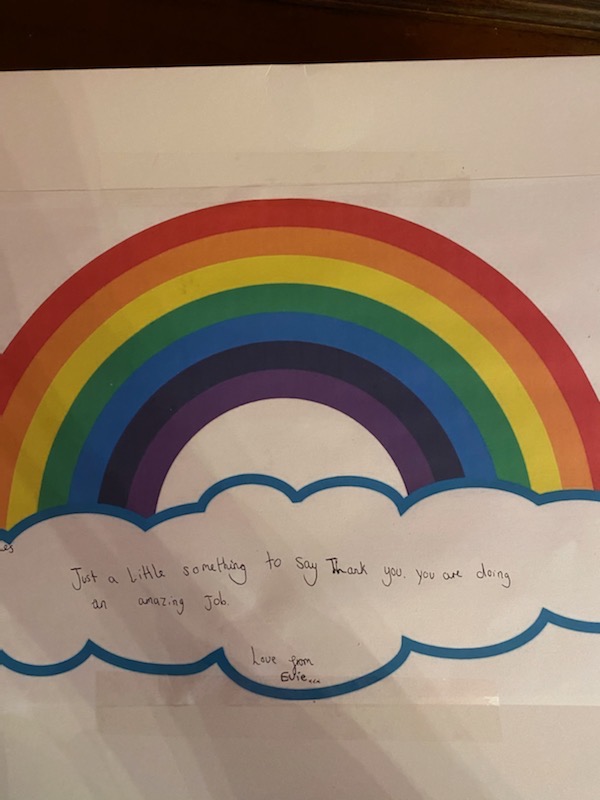 Lots Of Love From Little Ones!

On the 27th of April, The Limes had a visit from two previous relatives, Suzie and Evie (aged 10). Evie visited with her mother in order to give the staff and residents at The Limes some greatly appreciated home baked cakes, a rainbow, a picture and a message that read, "I have made this for you because I wanted people in my community to be happy. I hope this makes you smile. We are all in this together. Stay Safe and keep well. Love from Evie.xxxx (Aged 10)".

We would all like to say Thank-you to Evie and her mum. Thank-you for thinking of us all.